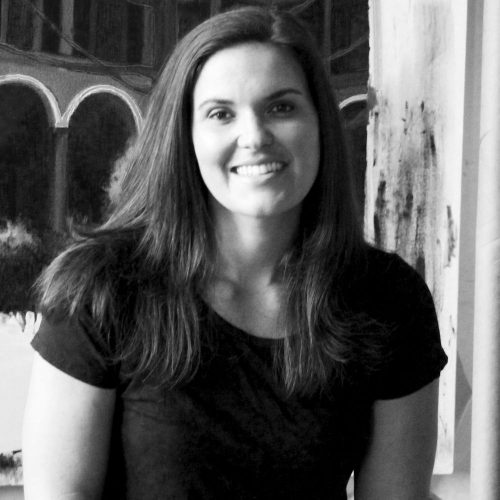 ​I paint fictional landscapes. I strive to create a luscious otherworld where the imagined is always entangled with the observed. In my paintings the world is transformed into a place that is a little more mysterious and evocative than a naturalistic landscape as it is meant to celebrate the oddness within it.

Jena Thomas is an emerging contemporary artist who, after completing her MFA at the University of Miami, already boasts an impressive exhibition record. Recent accolades include being selected as one of the 40 top MFA students in the country by New American Paintings Magazine. Thomas was chosen out of over 750 applicants for the title. She was also selected as an exhibitor for the Crystal Bridges Museum of Art’s “State of the Art 2020” exhibition (which you can experience virtually here). Past recognition includes selection as a finalist for the William and Dorothy Yeck Award and receiving the Ruth Katzman Scholarship from the Art Students’ League of New York.

Thomas’s work portrays ethereal and somewhat strange landscapes that explore how humans alter the natural world. Constructs such as pools, patios, and train tracks serve as visceral boundary lines between the fabricated and the organic and feature prominently in her work. Soft colors invoke a dusk light sensation, depicting the world in that liminal stage between light and darkness.

It is that nearly supernatural glow that fabricates a “luscious otherworld that is teeming with weird individuality.”

However, even the stillness of her scenes lacks menace. Rather, they demonstrate a standstill in time; a moment that is captured in the softness of twilight before life begins to emerge. Intentionally, Thomas produces a strange-yet-familiar image that plays with perception. Though stylistically beautiful and seemingly serene, each canvas opens the sensation that what man has created and designated as his habitat is somehow rooted in the absurd.

Thomas is a graduate of the MFA program at the University of Miami and received her bachelor’s degree at the Massachusetts College of Art and Design in Boston. She has exhibited extensively in Florida and New England, with recent exhibitions at the Boca Raton Museum of Art, Lowe Art Museum, FATVillage Projects, and at Art Palm Beach. 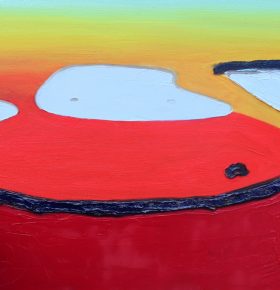 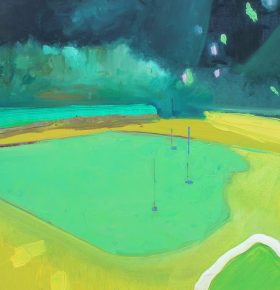 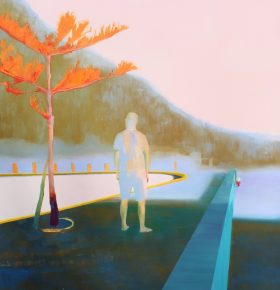 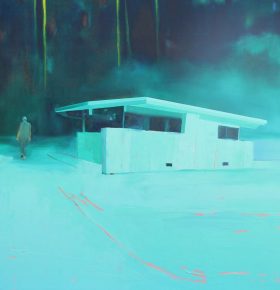 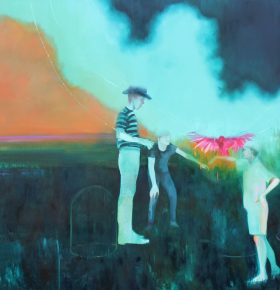 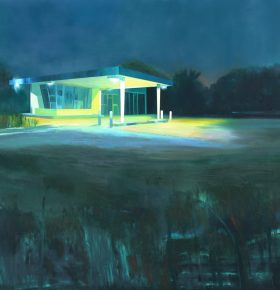 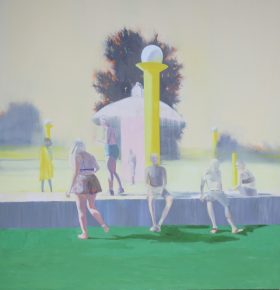 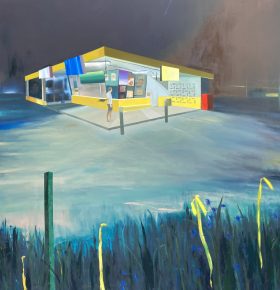