The Fernando Luis Alvarez Gallery is proud to announce Circadian Rhythm in Dark Matter, a group exhibition on Friday, February 3rd from 6 to 9 pm. The show will be on view through February 28th.

The exhibition will display works from the Gallery’s permanent collection, works by its represented artists, and works by a selection of invited artists. The central theme for the show was inspired by the curatorial vision of Gallery Director Fernando Luis Alvarez:

“Recently, I have been intrigued by seeing a notable number of art exhibitions all related in whole or in part to dark matter. Even one of our artists, James Gortner, had a piece called dark matter in his recent sold-out solo show at the gallery. I began to research the definition of dark matter as a scientific explanation of energy, but this eventually evolved into research about the experience of darkness in its many definitions. Through this body of research, I came upon a 1965 study where two volunteers were isolated in complete darkness, and how that experience manifested in their physical and psychological states. The study found that when the physical body is deprived of light, it goes into a tail-spin that distorts the experience of time, mind and balance.

What this opened up was a question of the state of mind that artists go through when depriving their palette of color. Historically, this has become known as an artist’s “blue period,” an idea that began with Picasso’s paintings between 1901 and 1904. Works during this time concentrated on themes of loneliness and isolation, and are identified by Picasso’s use of a primarily monochromatic palette. Since then, an artist’s “blue period” has become synonymous with a particularly dark body of work (in the subject and in color) and has also become romanticized by the archetype of the moody, struggling artist.

It made me a question: when an artist makes the conscious decision to use dark media, is it reflective of his/her psychological state? Is it an expression of an inner longing? Or is it more simply a necessary means of departure from their daily struggles as an artist?

Are academics, therefore, incorrect in their romance with connecting dark colors to a particular artistic phase? Could it be more of a natural state: that because these artists are locked-up in the studio, day in and day out for long hours, isolated from others and from nature in most cases, and experience limited light that they find themselves at times naturally embarking on dark works almost in a cyclical way?

I’ve concluded that while it could reflect an artist’s depressed or problematic state of mind I add that it is also similar to how circadian rhythm affects us. It is just a natural choice within certain pockets of an artist’s time in the studio — or over a period of time or workload — that artists choose to work with dark mediums.

From this, the exhibition Circadian Rhythm in Dark Matter is meant to present a selection of works that are dark in subject matter and choice. Its presentation is so that these works are laid bare, without interpretation, sharing only in similarity to their color scheme. There is no pressure or overarching supposition into the state of mind of these artists. Rather, instead what is represented is a natural process of time: time in the studio, time to oneself, time experimenting with darkness as a mode of expression. This is perhaps most starkly seen in a work by Brazilian artist Fernando Araujo, which depicts a dark intersection at night. His purpose for using dark colors is simply because of the subject he is representing. Nothing else.” 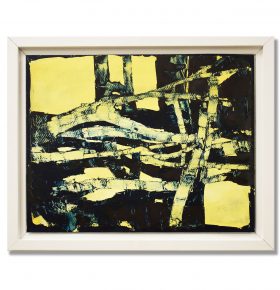 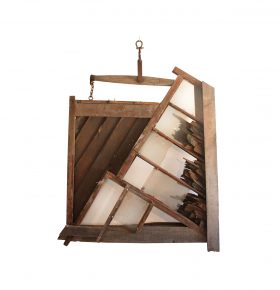 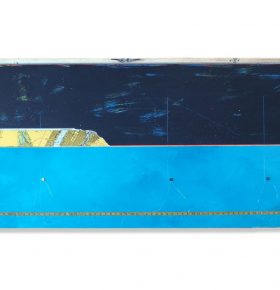 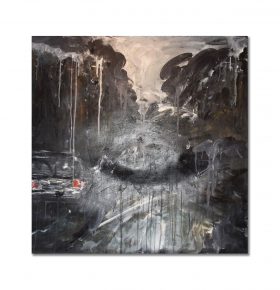 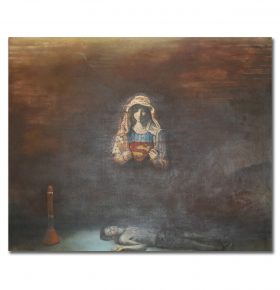 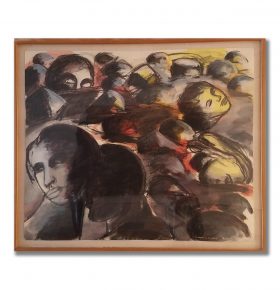 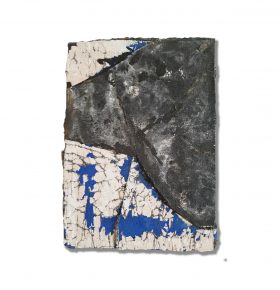 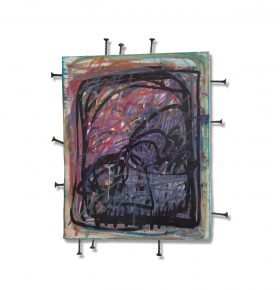 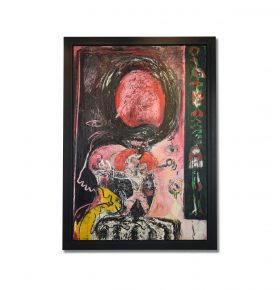 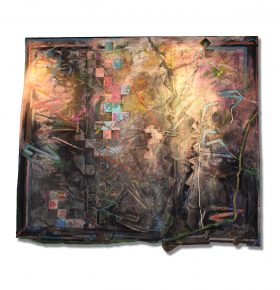 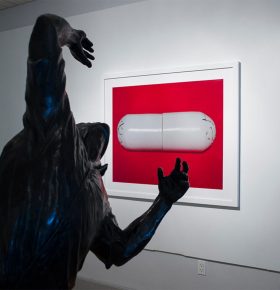 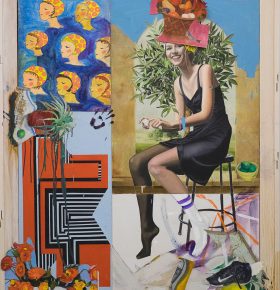 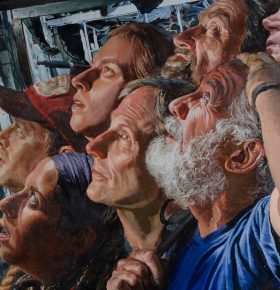 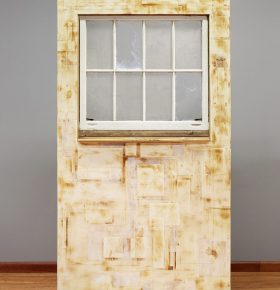 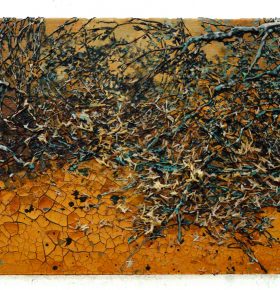 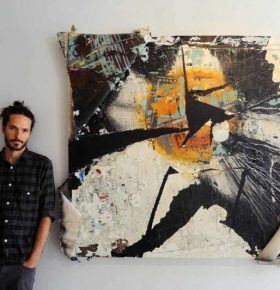 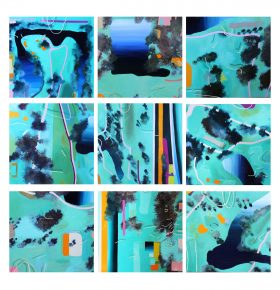 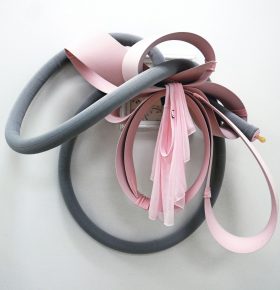 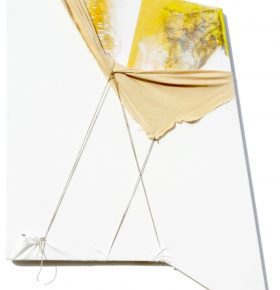 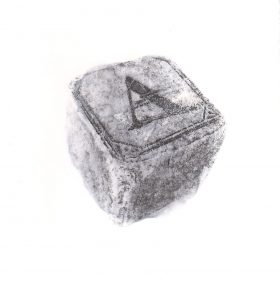 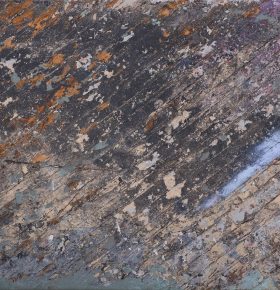 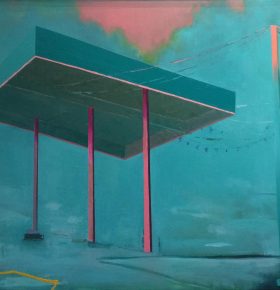