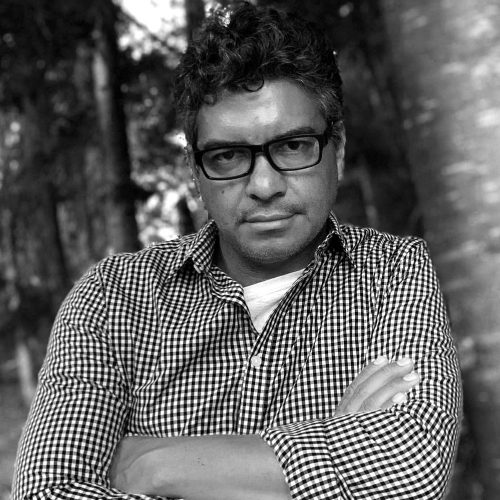 With work that invokes a surreal expanse of reality, the artist uses a mix of organic mediums, from earth and sand to ash and rubber, he produces art that is tangible and touchable. Each work is an expression of bodily involvement; the rawness of the edges and images intimates the viewer with the artist, as he or she can define the labor that the piece involves.

By manipulating texture, Bedoya is able to communicate his vision of a landscape in transition. The other-worldliness of his paintings reflect a more substantial claim against the way man’s hands alter and extort the face of nature in the name of industrialization. John J. Bedoya’s work documents the natural landscape as it is altered by mankind.

Using a combination of organic (earth, sand, ashes) and man-made (coins, rubber soles, machetes) materials—as well as matter that exists on the threshold between those classifications—he manipulates and bends his mediums into textures that are at the same time imitative of physical landscapes and entirely foreign environments.

In his early works Bedoya communicates a natural state in transition. He documents the New England winter he encountered upon arriving in the United States in February 2015. Hours before, he had been in Colombia’s tropical paradise: the lush greens, tree limbs and pillowy fruits and flowers starkly contrasted Connecticut’s barren, white environment. In the dead of winter, he watched the world succumb to the frozen ground, producing an alien landscape, which surprisingly, became recognizable with spring’s arrival only weeks later. Filled with the need to articulate this unique experience, Bedoya used his work to evoke nature’s ephemerality.

Most recently, influenced by the Colombian Free Trade Agreement, Bedoya has begun to incorporate Monsanto-grown rice and product into his work, documenting the practice of genetically modified agriculture in developing nations. These pieces reflect the problems caused by industrial agriculture in countries where large-scale plantations of a single species replace manpower and agricultural tradition with specialized machines and techniques.

These commercial practices, linked to economic policies of world treaties, cause internal conflict such as political and social inequality, poverty, displacement of the impoverished, dispossession and usurpation of land, deterioration of socio-environmental diversity.

Though there has been a distinct transition, in all, Bedoya’s work documents the destruction and damage man inflicts on his environment. For this reason, in 2015, Bedoya was selected to represent Latin America as part of the Centro Selva Amazon Residency Program. Alongside six artists from each continent, he lived and worked in the rainforest of Peru, producing work discussing the unique character, history, and culture of the Amazon. The following passage describes a prominent critic’s interpretation of Bedoya’s art.

“To stop and appreciate an experience like that seen in the works of John Jader Bedoya is to confront the obstacles he faces as a painter and the way he takes advantage of the significance of them. It is an indirect ownership of the language of painting: the painter does not speak from representational convictions or from the selection of superficial elements that are designated as ‘stylish.’ It is the result of the act of painting that is full of eloquence and where the viewer must direct their attention. It is not what the painting says, or how it says it, but from where and under what circumstances it is said. The act of painting, with its mute eloquence, indicates a position against those who preach the ineffectiveness of painting, its anachronism, its inability to match the drama and intensity of other mediums.

In this way, addressing the relationship with the canvas, the materials, and the surroundings is part of the meaning imposed by the work of JJ Bedoya. The artist speaks in his paintings of aggression to the landscape, incorporating ash and residues of the aggression. Symbolically, the artist describes what has happened in the landscape with the same resources that are the subject of the painting: ash, and debris. Perhaps, for that matter, his paintings demand such silence and impose on the viewer that air of the desecration. John J. Bedoya’s work succeeds in facing the demands of executing a task and the security of having an idea to communicate.” 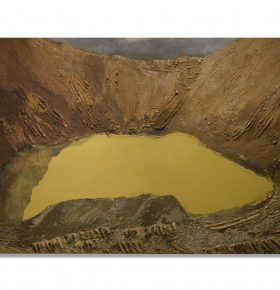 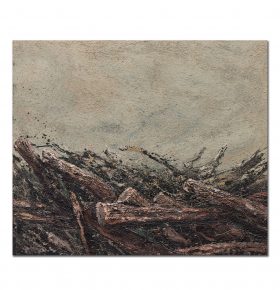 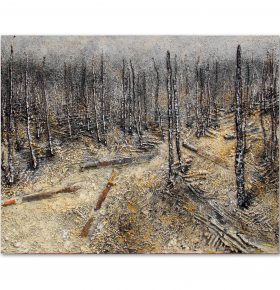 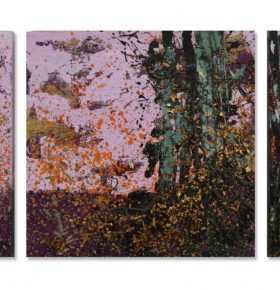 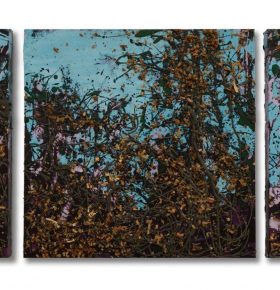 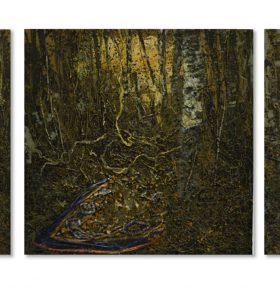 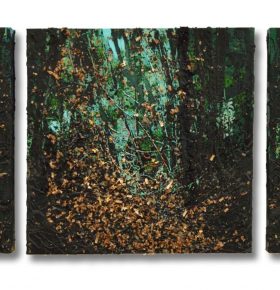