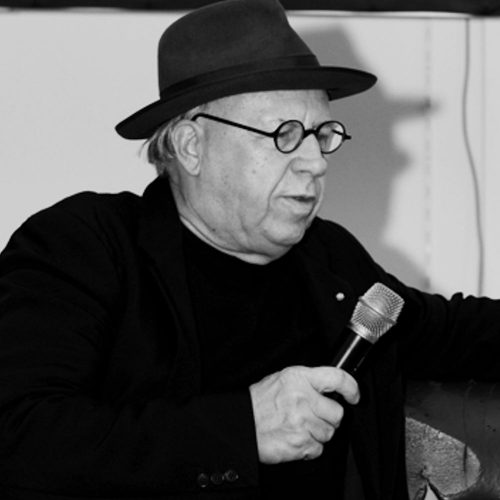 Joseph Kosuth has spent over 40 years as an important international figure for conceptual art, and his trajectory continues to expand. The artist has several upcoming exhibitions, including ones at the Philadelphia Museum of Art, Leo Castelli Gallery, Sean Kelly Gallery, and the Moscow Medical Academy in Russia. Among his many awards include the Menzione d’Onore from the 1993 Venice Bienniale, the Chevalier de l’ordre des Arts et des Lettres by the French Minister of Culture, the Decoration of Honour in Gold from the Austrian Republic, the Brandeis Award, the Frederick Weisman Award, and, just this year, a honoria causa (honorary doctorate) from Cuba. In 1999, the French Government issued a postage stamp in his honor.

Many credit the American artists the founder of the conceptual art movement, which emerged in New York during the 1960’s. Kosuth’s career was brought to an international level in 1968, when he was hand-selected for the Cassandra Foundation Grant by Marcel Duchamp, one week before Duchamp’s death. Since then, Kosuth has remained a preeminent figure in his field, having exhibited projects in the world’s most prominent institutions such as the Hirshhorn Collection, Guggenheim Collection, Tate Gallery, MoMA, and the Jewish Museum, among numerous others. In the next several months, he will execute commissioned pieces in Norway, at the Hermitage in Nashville, at the National Library of France (BnF), and in San Francisco.

Kosuth’s influence is seen in countless important contemporary artists, and his vision extends beyond art, combing its way into literature, film, and design. His body of work concerns the relationship between language and object, words, and things. Art is seen as a process of production, and what is produced is a concept or idea, eliminating the materiality of the art object itself. Showcased in the medieval wing of the Louvre, ni Apparence ni Illusion (Neither Appearance nor Illusion) a series of 15 elements in neon lighting, scrawling statements in French derived from a quote by philosopher Frederich Nietzsche.  Exclusively available through the Alvarez Gallery are the print sets of this series and the edition 2/2 of the neon Elements.